Well our first home, was actually provided for us for $1.00 by Bob's Dad.  With his Dad being divorced, he didn't feel he would use his government benefit from military service to purchase a home no down payment.  So in investigating things done by gov...he found it could be sold.  So his Dad offered to do this for us when we moved to AZ.  I chose the house, trying to fit our income to support house payment, as our rent was only 150.00 a month.  We chose, a house for cost I believe as I wanted one thing changed and that was color of stove, got rust.  Paid total, 26,250.00 to my memory, model #1305 which was total sq ft of place.  We chose house already built...black trim, silver gray bottom colors stucco and block. so all needed was interior done.  It didn't take long and we were in.  As I recall payment was $250.00 a month could have been cents on that don't remember.  I remember our loan being sold, don't know how long that was either.  Chose darker green carpet, just standard come with house.

Well found out Mormon's next door west of us, never heard of them or religion before, so only way to even find out then is asking questions on belief's which I am good at...hahaha  That family had an older son than Jeremy, and she would not speak to me, however she did allow her child to play out front as I did Jeremy to stay well at home, but they played together at boarder between houses on sidewalk.

Jeremy would take out his tonka trucks and just different things to play with and that child would take them from him and go over under his carport where Jeremy was not permitted to go.  So he would come crying to me about it.  Well pissed me off she wasn't watching her child.

So had to teach Jeremy to stand up to even bigger guys that rob from him.  Well I did walk over and said something to the little boy about that being Jeremy's truck he took and did get it back.  I refused to do that for the child each time, so he was either going to stand up to this kid fight told him, or not play with him.  Well it was only child he could play with.  So how bad you want to play with someone else?

Well Jeremy was one smart child, and did stand up to him and fought that child hitting him which I did encourage.  Only way to stop if beat the child up.  Well that child ran home crying, as I watched the whole thing, when you are teaching something you best watch.  I was just waiting for that woman to even show her face...would have been out in a flash to defend my son.

I talked to the dad next door, and told him that his wife wouldn't talk to me, had heard they were Mormon and curious about the religion never had heard of it before.  So of course he gave me lots of information, explained his wife was a convert and they are the worst kind.  She wanted married temple, so went through all their ceremonies wore strange underwear being married.  He however raise many generations I guess, said they are not like that.  So my first exposure to Morman's. I was just shocked at what these consisted of which he did tell me...am sure from wife telling him.  Well they run most of Mesa, AZ.  Janet on our softball team also mormon many generations...what was she?  A Lesbian.  Well of course you can't find anything about the "man" mormon ceremonies for that church online.  Evil they are, lure you with KJV, once hooked totally different.

Well that child of theirs never robbed from my son again after he beat the crap out of him even being littler I think it shocked the child...and they did play together at boarder of properties.  So Jeremy, an only child at that time had to learn to stand at very young age.

Bob Told To Keep Eye On Me by Dorothy? after Judgment of God KY?

Well I wrote about this KY attack Spiritual attack, that I called my Daddy for...will link that. My guess is that Dorothy after being sent ... 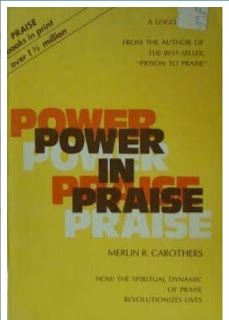